Last week I went to DC to meet some people about my voting recommendations project. Besides the outrageous heat, the thing I noticed going back there is how much nicer people are down there. I guess I’m not really talking about the power nomads (is that a term?) who come to DC from elsewhere, but rather the people in service jobs you come across at restaurants and offices and airports. In just my little two-day trip I had more unnecessary interaction with strangers than I can remember having in a month here in Cambridge.

Then on Sunday I was walking (hobbling, actually) home from the doctor’s office (soccer injury) when I came across a marketing event for the Toyota Yaris in the parking lot on my street. This marketing group from LA was doing promotion in a bunch of East Coast cities where they give out a gift certificate if you do a test drive and fill out a survey. I got into this conversation with one of the marketing people — a really laid-back LA guy who seemed a little out of place in marketing — about why Boston and LA are laid out differently (he pushed the corporate conspiracy theory, I emphasized the timing of their development) and this older lady, very Cambridge-looking somehow, walked by and asked what was going on. He told her about the promotion, to which she replied that it was because of marketing like this that people don’t know how to vote and we have such a screwed up government. She then started walking away. Somehow I thought this kind of captured both the charm and curse of the Cambridge style — judgmental and private. The laid-back marketing guy said something to her about how he had reservations about what he was doing and I jumped in and told the lady that these were the most fuel efficient non-hybrid cars out there, which the laid-back marketing guy had just old me. This seemed to make her a little less hostile.

Anyway, somehow this clash of Cambridge communist with laid-back LA marketing guy kept this whole issue of regional personalities in high relief for me. I think it’s interesting how persistent these are, although not surprising given how strong the pressures are to conform to social conventions like how you treat strangers.

I was struck by this quote from Kafka, which I heard on Garrison Keillor’s Writer’s Almanac for July 3, 2006:

We need the books that affect us like disaster, that grieve us deeply, like the death of someone we loved more than ourselves, like being banished into forests far from everyone, like a suicide. A book must be the axe for the frozen sea inside us.

I have felt something like that with only a few novels — in the past couple of years, Blindness, Sophie’s Choice, Lolita, Executioner’s Song (not really a novel). I spend too much time reading boring nonfiction, which probably adds layers to the frozen sea. I want to read some more good fiction. 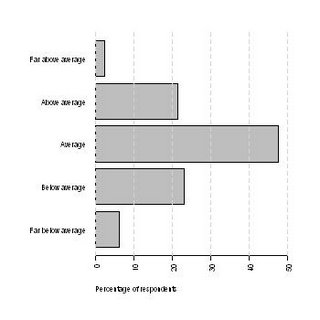